Chuma and Susi buried his heart at the foot of a nearby tree and dried and wrapped Livingstone’s body.

They then carried the body, alongwith Livingstone’s papers and instruments, to the Indian Ocean coast and the island of Zanzibar, a trip that lasted nine months.

In April 1874 Livingstone’s remainsreached England by boat and were buried in Westminster Abbey in London.

The Last Journals of David Livingstone in Central Africa (1874) was published after his burial. No European explorer did so much for knowledge of African geography as Livingstone.

For more than 30 years he traveled across one-third of the continent, makingcareful observations of people and places.

By the time of his death, the Western world had a heightened interest in Africa and a greatly enhanced idea of what wasthere.

His explorations revealed that the interior of the African continent was not an arid wasteland, as many 19th-century geographers believed.

He also inspiredcountless Christian missionaries to work among Africans.

Moreover, in his long effort to marshal English interest in the tragedies associated with slave trading in centraland east Africa, he provided new moral incentives for European colonization of Africa.

His idea of opening Africa to Christianity and legitimate commerce, the latter toreplace the slave trade, became the standard rhetoric of European colonialists through the subsequent years of the Scramble for Africa. Contributed By:Donald R. 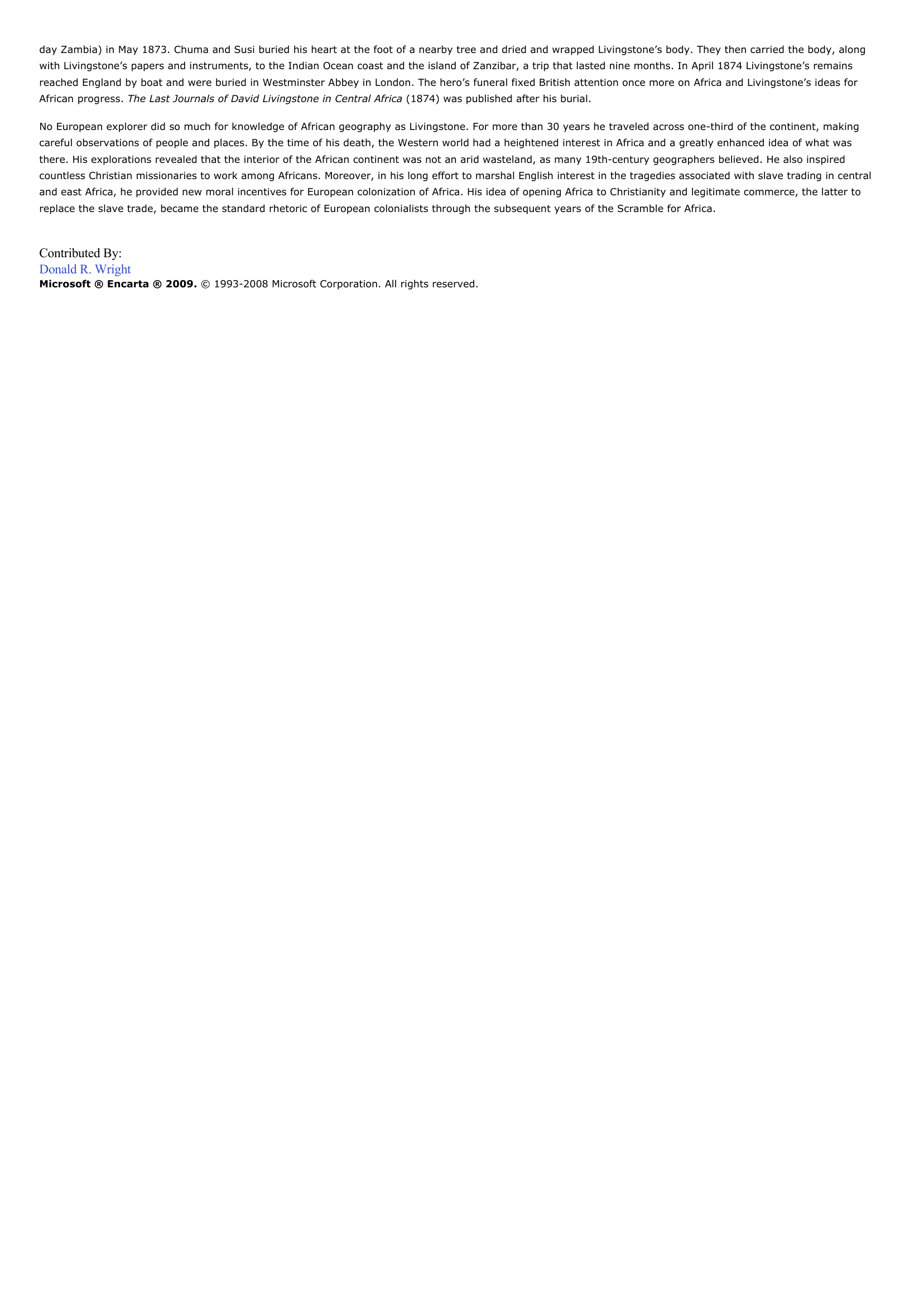