Gone with the Wind Gone with the Wind, motion-picture epic about a tempestuous Southern belle and the changes in her life due to the American Civil War (1861-1865), based on the bestselling novel by Margaret Mitchell.

Newcom Trivia The filmmakers interviewed 1400 actors for the coveted role of Scarlett O'Hara, and 400 of them were asked back to do readings.

Actor Bette Davis turned down therole, thinking she would be working with Errol Flynn, whom she disliked.The first scene shot during production was the burning of Atlanta.

Some of the buildings in the fire were actually old Hollywood sets, such as the gigantic gate featuredin King Kong (1933).

The filmmakers shot 113 minutes of footage, and the resulting fire was so intense that the citizens of Culver City, California, thought the MGM studio was burning down.Vivien Leigh worked for 125 days on the production and received about $25,000.

Quotes Prissy (panicking during Melanie’s birth labor): “Miss Scarlett, I don't know nothing about birthing no babies!” Scarlett: “Rhett … If you go … where shall I go? What shall I do?”Rhett: “Frankly, my dear, I don't give a damn.”Scarlett: “Sir, you are no gentleman.”Rhett: “And you, Miss, are no lady!” Scarlett (digging for turnips): “And God is my witness, I will never be hungry again!” Scarlett (final line in the film): “After all … tomorrow is another day.” Microsoft ® Encarta ® 2009. © 1993-2008 Microsoft Corporation. 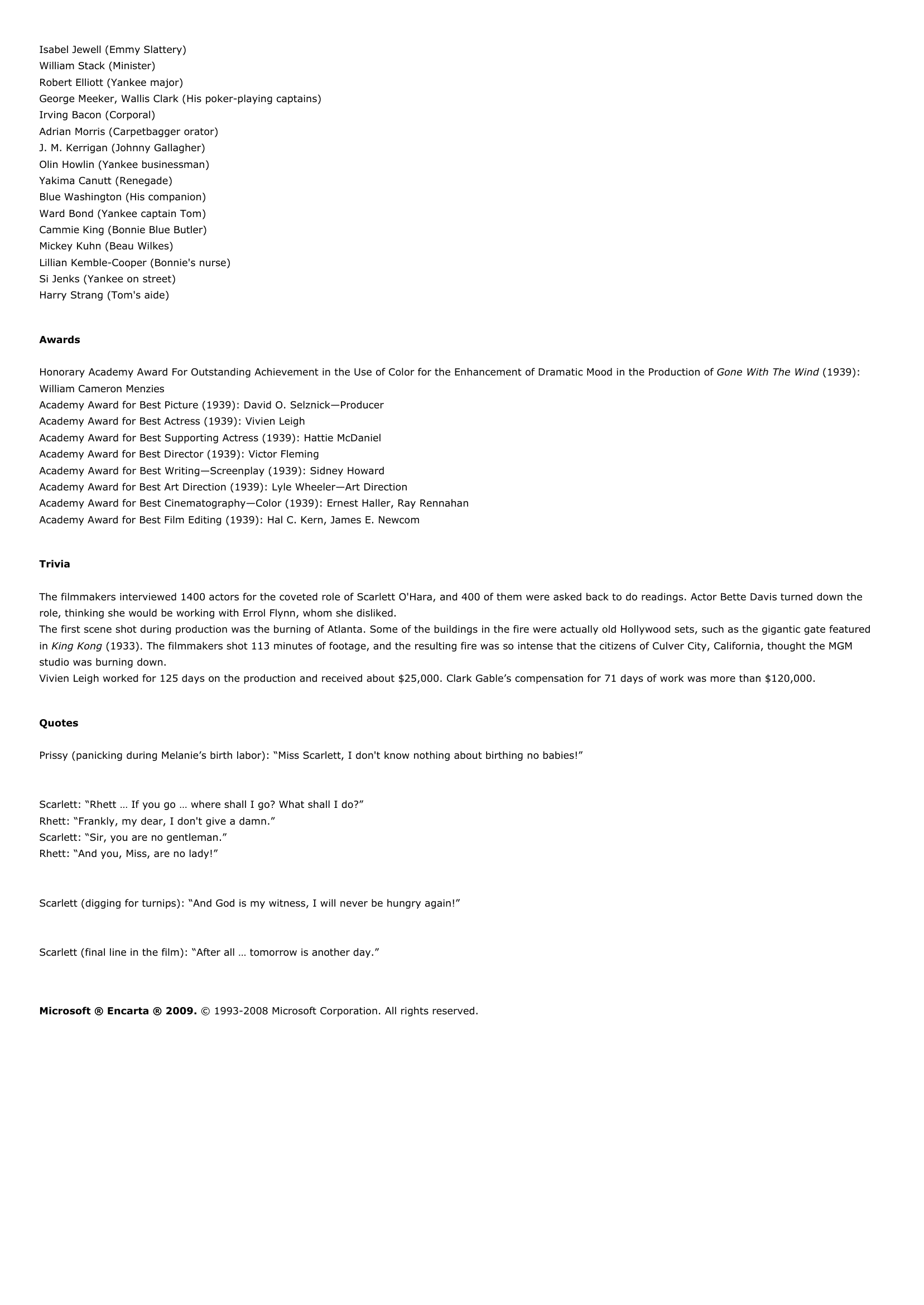