Today history affirms that the United Kingdom has shown itself to be first for centuries on the oceans.

She first asserted her superiority with her empire.

The British colonial empire was the first world power at its peak in 1922, with a quarter of the world's population, or about four hundred million inhabitants.

In 2021, the Royal Navy ranks 5th in the world among military navies.

The document we are going to analyze today is a text written in 2020 by Peter HOWSON, "UK government expands its "Blue Belt" of protected ocean, but something's fishy".

Today, the United Kingdom is facing new challenges such as the protection of the oceans and their security. To what extent does this document illustrate the complex UK's relationship with oceans? We will first see THE UK AND THE OVERSEAS TERRITORIES: AN OLD, REMOTE AND DEPENDENT RELATIONSHIP then we will focus on THE “BLUE BELT” PROGRAM TO PROTECT THE MARINE ENVIRONMENT and we will end by discussing the fishy situation between the environmental and economic issues of the United Kingdom around the sea. Most British Overseas Territories are islands or archipelagos.

The first sentence of this text introduces us to Tristan da Cunha, a group of volcanic islands located in the Atlantic Ocean.

According to the document, this archipelago is the most isolated place on earth.

We know that it was on August 14, 1816, that Great Britain seized these islands by officially annexing them.

It's been the equivalent of 200 years that the United Kingdom holds this territory like many others I remember.

The second paragraph states that the United Kingdom has 14 overseas territories such as the Cayman Islands for example.

As former parts of the British Empire, the British Overseas Territories are referred to as "colonies" in the old legislation which remains in force, hence their designation as "a remnant of the country's colonial past" in the document.

the territory of Tristan da Cunha remains an archipelago extremely dependent on the United Kingdom.

First, to have logistics such as the transport of goods but also of inhabitants.

The fourth paragraph tells us that the archipelago has no. » 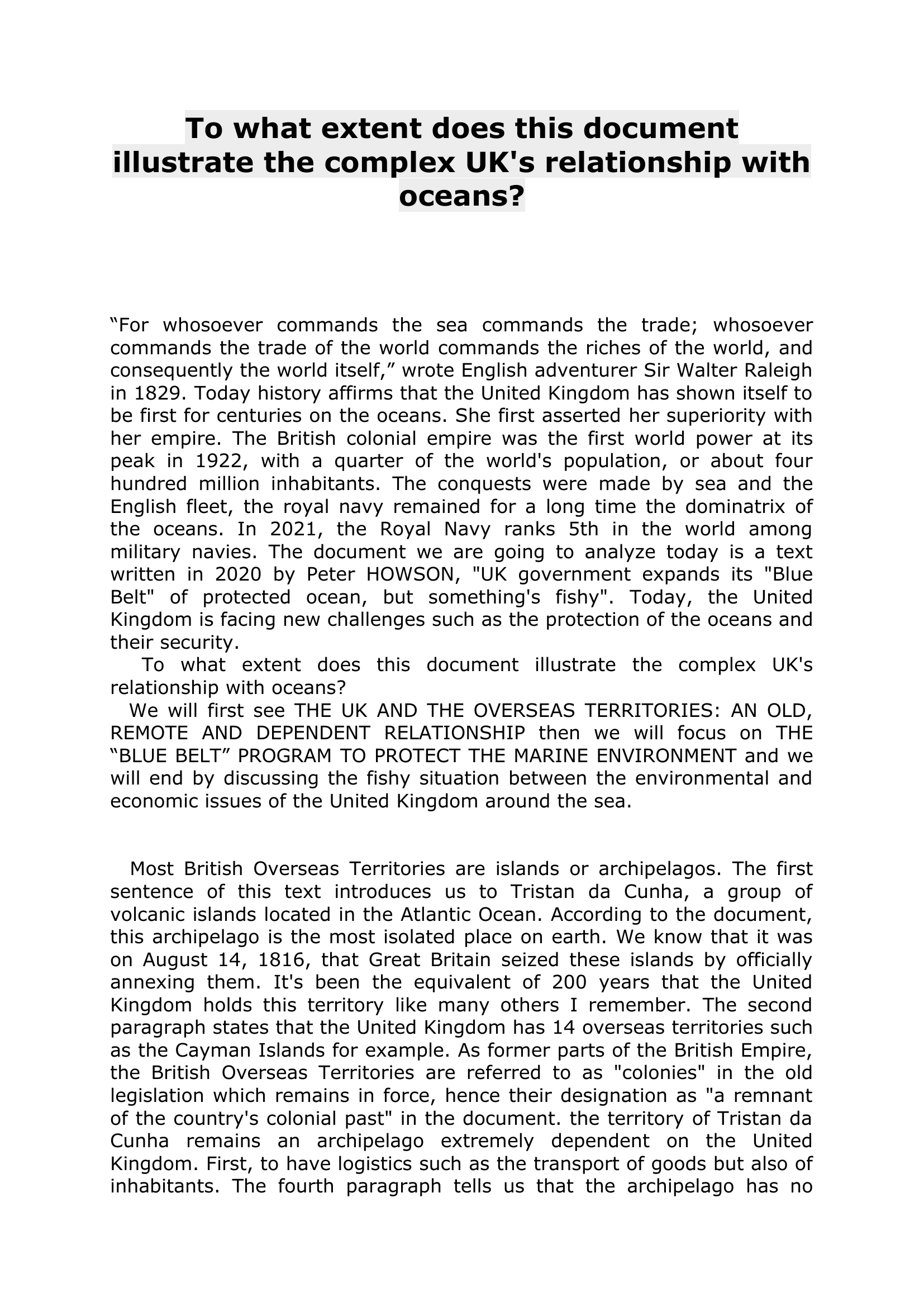