Kandinsky used energeticcolor and form to express the spiritual content of his work.

He was also a musician and saw a connection between thevisual arts and music, which he attempted to convey in paintings such as this one.© 2008 Artists Rights Society (ARS), New York / ADAGP, Paris./Bridgeman Art Library, London/New York A new phase of German expressionism called Die Neue Sachlichkeit (German for “The New Objectivity”) grew out of the disillusionment following World War I.

Founded by Otto Dix and George Grosz, it was characterized by both a concern for social truths and an attitude of satiric bitterness and cynicism.

Expressionism meanwhile hadbecome an international movement, and the influence of the Germans is seen in the works of such artists as the Austrian painter Oskar Kokoschka, the French artistGeorges Rouault, the Lithuanian-born French painter Chaïm Soutine, the Bulgarian-born French painter Jules Pascin, and the American painter Max Weber ( see Painting). TwilightGerman-born artist George Grosz is known for merciless caricatures of his fellow Germans, and he was among the firstGerman artists to openly criticize the Nazi party.

Twilight (1922, Museo Thyssen-Bornemisza, Madrid, Spain) depicts theindifference of the well-to-do toward a wounded veteran who has been reduced to begging.© Estate of George Grosz/Licensed by VAGA, New York, NY.

He is known for his brilliant colorsboth in oil paintings and in watercolors like this one.

Still Life, Tulips, painted about 1930, is in the collection of the North. » 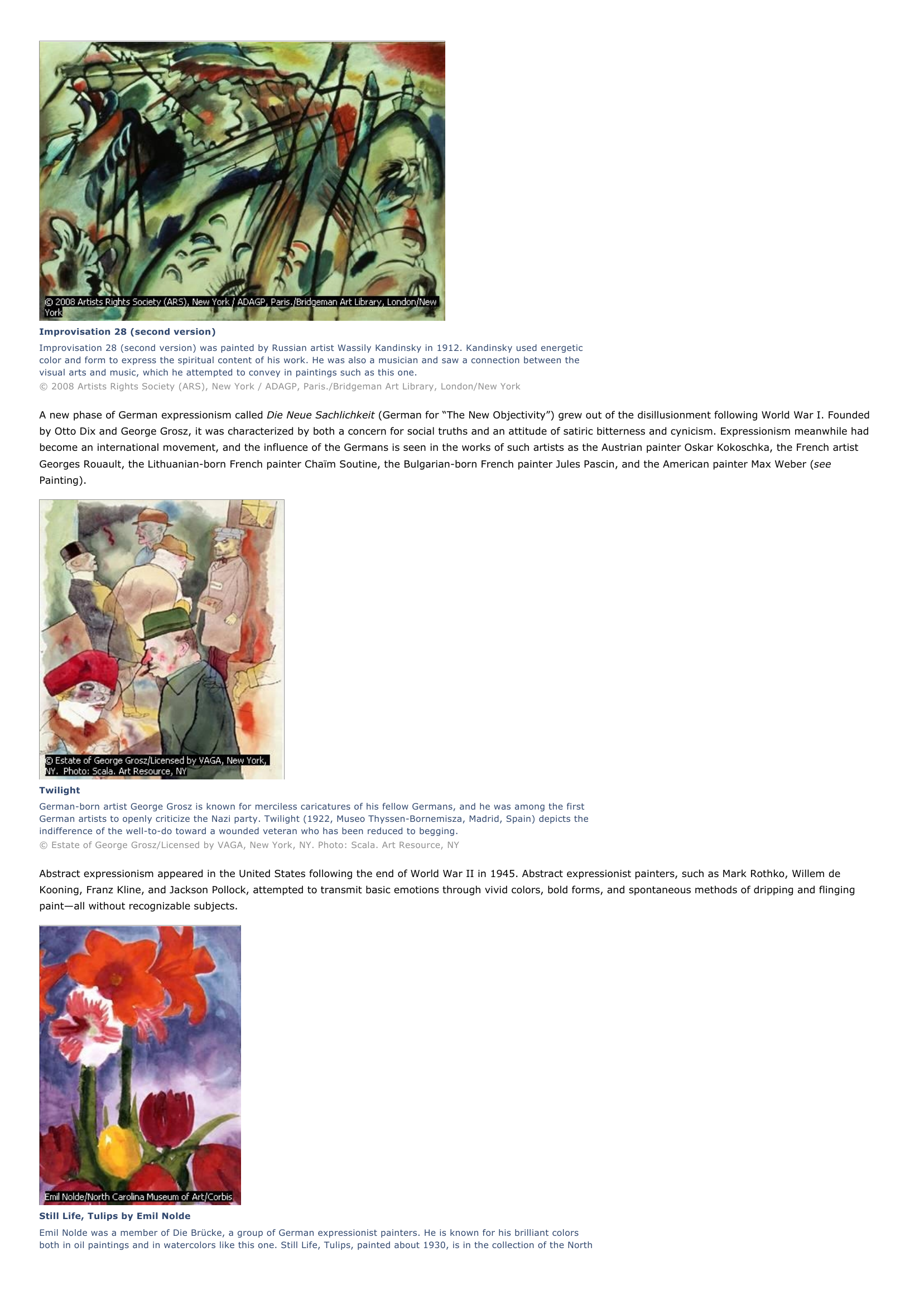