He is an American politician, media personality, and businessman who served as the 45th president of the United States from 2017 to 2021.

He is elected the eighth of November 2016 and finish his mandate the twentieth of january 2021. First of all, we can notice that before the election, Donald Trump was not known as the biggest protector of the environment.

Indeed, his wealth was based on the construction and on the property.

Thus, according to him, the global-warming is “an invention of the Chinese to make American industry uncompetitive” (Quote of the Trump’s twitter account).

Indeed, before 2012, Trump thought that this phenomenon was a hoax.

Since 2012, this opinion has changed, and during election, he says that the global warming exists but it maybe not due to humans’ activities and it can maybe stop alone.

And he doesn’t hesitate to share his opinion, despite scientists refute these facts. Now, let’s focus on the Trump program, during the election campaign of two thousand sixteen.

Of course, we are not going to analyze all the trump program but instead, we are going to just see the environmental part of the program. Before to talk about his environmental project, I would like to say that it’s very difficult to find information about this part of his program because it is mainly based on employment and economic aspects.

First and foremost, Trump does not intend to apply the Treaty of Paris (Cop21).

He wants to cancel billions of dollars in payments to the United Nations for programs to fight climate change.

He wants to revive the coal mines to create jobs.

As we can see, no measures to fight global warming are proposed here, despite warnings from scientists about the emergency.

On the contrary, the Trump program aims to completely unravel the measures taken by Obama during the last eight years. As we have seen in his program, Donald Trump wants backsliding from his predecessor Obama.

Thus, during this part, we will be interested in all the concrete actions taken by Trump to suppress or weaken the laws taken by the Obama administration.

"According to the New York Times, the American president Trump. » 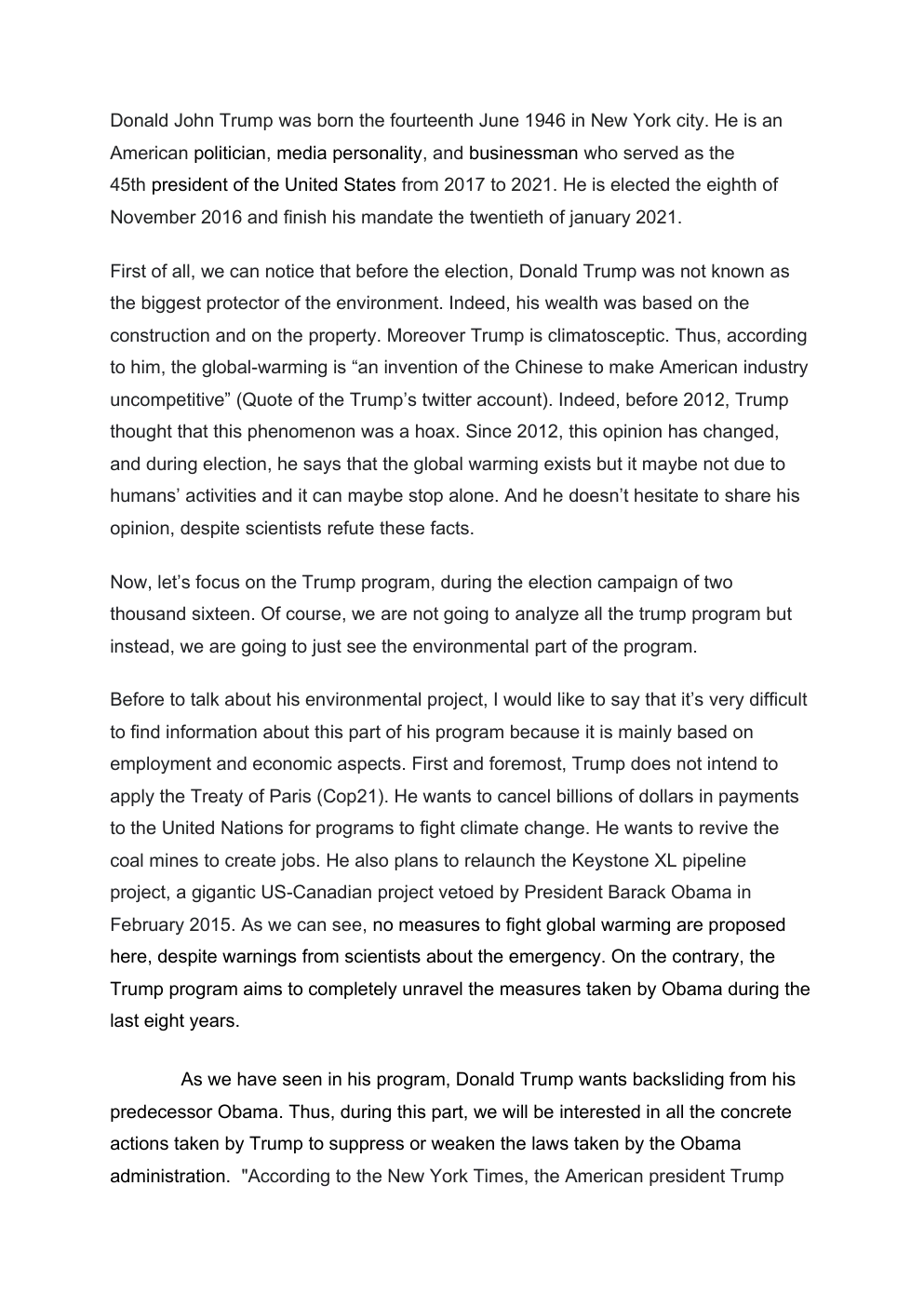